The Star-Planet Activity Research CubeSat (SPARCS) is a small space telescope about the size and shape of a family-size cereal box. It is built of six cubical units, each about four inches on a side. These are joined to make a spacecraft two units wide by three long in what is termed a 6U spacecraft; solar power panels extend like wings from one end.

The mission which SPARCS will undertake is monitoring the flares and sunspot activity of M-type stars, also called red dwarfs, in the far- and near-ultraviolet. The purpose of this is to assess how habitable the space environment is for planets orbiting them.

The principal investigator for SPARCS is astrophysics professor Evgenya Shkolnik of the School of Earth and Space Exploration. Other professors from the School on the SPARCS project are Judd Bowman (Mission Operations System Lead), Daniel Jacobs (Systems Engineer), and Paul Scowen (Payload Systems Engineer).
The stars that SPARCS will focus on are small, dim, and cool by comparison to the Sun. They have less than half the Sun's size and temperature, and they shine with barely one percent its brightness.

While this might seem to make them a poor choice for hunting extrasolar planets, these stars are extremely numerous in our Milky Way galaxy. Roughly 75 billion M dwarf stars host at least one small planet in their habitable zones. This is the potentially life-friendly region close to the star where temperatures are neither too hot nor too cold for life as we know it, and liquid water could exist on a planet's surface.

The spacecraft will contain three major systems — the telescope, the camera, and the operational and science software. ASU astronomers will oversee the development of the telescope and camera, plus the software and the systems engineering. The telescope uses a mirror system with coatings optimized for ultraviolet light. Together with the camera, the system can measure very small changes in the brightness of M dwarf stars to carry out the primary science of the mission. The instrument will be tested and calibrated at ASU in preparation for flight before being integrated into the rest of the spacecraft.

For each targeted star, SPARCS will observe continuously over at least one complete stellar rotation (5 to 45 days). SPARCS will also advance ultraviolet detector technology by flying high quantum efficiency, UV-optimized detectors developed at NASA's Jet Propulsion Laboratory, led by Shouleh Nikzad. These Delta-doped detectors have a long history of deployment demonstrating greater than five times the quantum efficiency of the detectors used by the Galaxy Evolution Explorer (GALEX) mission.

SPARCS will pave the way for their application in missions like the Large UV/Optical/IR Surveyor (LUVOIR) or the Habitable Exoplanet Observatory (HabEx) missions, including interim UV-capable missions. SPARCS will also be capable of "target-of-opportunity" ultraviolet observations for the rocky planets in M-dwarf habitable zones soon to be discovered by NASA’s Transiting Exoplanet Survey Satellite (TESS) mission. This will provide the needed ultraviolet context for the first habitable planets that the James Webb Space Telescope will characterize. 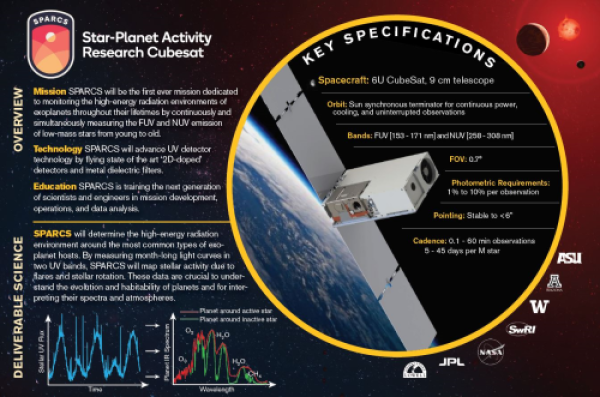 (Click the image for the full-resolution graphic in PDF format) 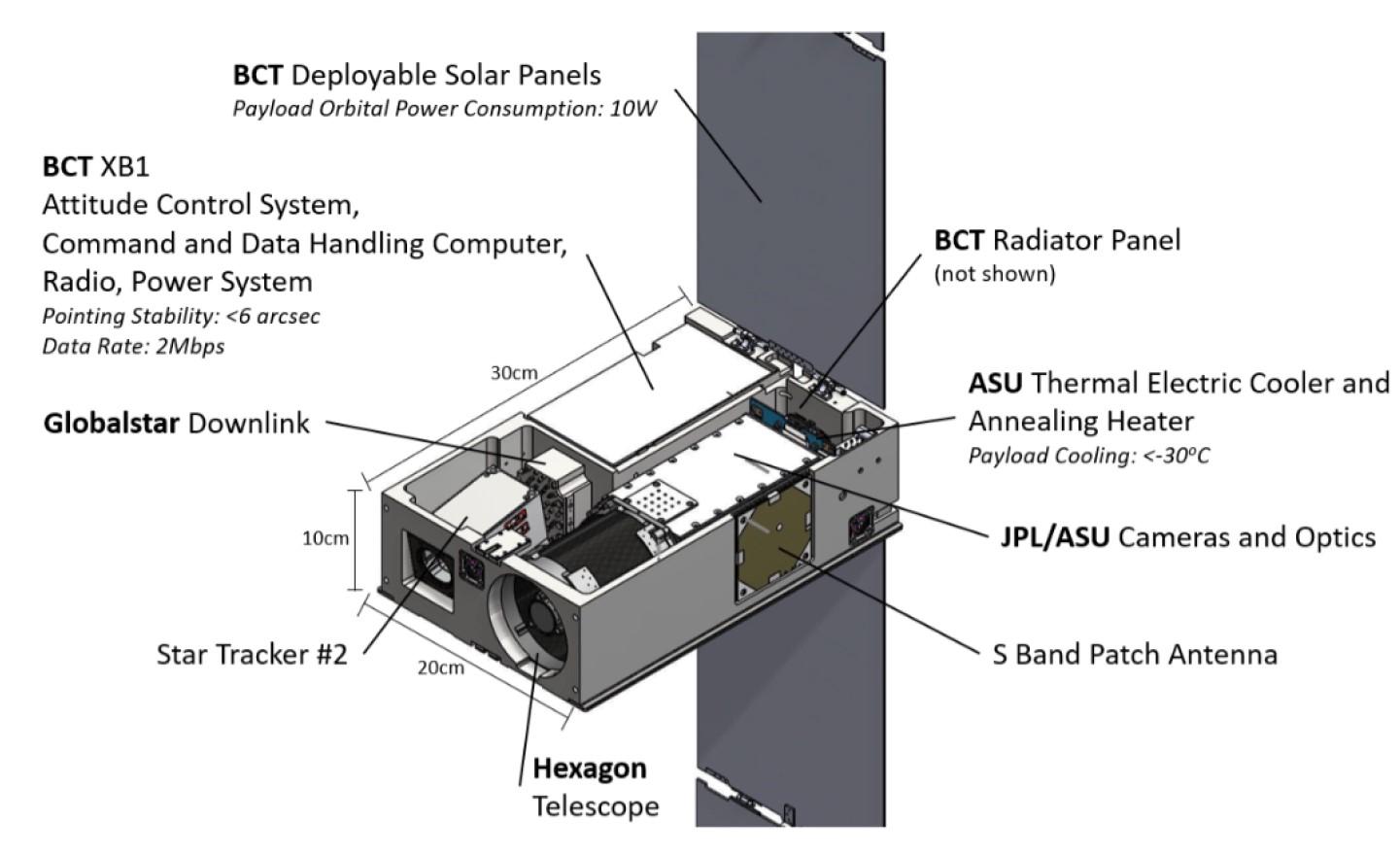 On the Verge of an Astronomy CubeSat Revolution (PDF)

The Star-Planet Activity Research CubeSat (SPARCS): A Mission to Understand the Impact of Stars in Exoplanets